Hospital admission may lead to further health problems such as constipation on patients.1 Constipation is a condition manifested by hard and dry stool, causing pain and difficulty in stool passage.2 Patients who underwent hospitalization due to impaired physical mobility or bed rest tend to have constipation,1 which is triggered by prolonged relaxation of the abdominal muscle. Prolonged physical inactivity is considered to be one of the etiologies of constipation in healthy adults.3 In BIMC Hospital Kuta, patients who underwent Open Reduction and Internal Fixation (ORIF), Open Reduction and External Fixation (OREF), and arthroplasty surgery often complained of discomfort in their bowel movements, with symptoms such as feeling bloated and discomfort in the stomach. These patients have gone through prolonged periods of bed rest after their respective operations, suggestingthat the lack of physical activity may be a cause to the condition.3

Abdominal massage is observed to help produce rectal waves and increase colon motility8. Massage can produce a wave in the rectum that stimulates somato-autonomic reflex and bowel sensation8. This treatment can help relieve constipation, which could be a much better alternative than taking laxatives, since it is a non-invasive therapy, low-cost, no side effect and can be applied by the patient themselves.9 However, this treatment has not yet been carried out in BIMC Hospital Kuta notably on patients with impaired physical movement in the inpatient department. This study has been designed to analyze the use of effleurage abdominal massage in treating constipation.

The study is a quasi-experimental study of pretest-posttest findings with a non-equivalent control group. The data were collected from 10th December 2018 to 10th January 2019 in the inpatient department in BIMC Hospital Kuta. Population target includes patients in the inpatient department with impaired physical mobility in December 2018. Sample size was calculated by Slovin formula with 10% of margin error, resulting in 20 subjects, 10 subjects in each group. The subjects were chosen by nonprobability sampling (consecutive sampling),10 and divided into an intervention and a controlgroup chosen randomly among patients who met the eligibility criteria, as below:

This study was conducted on 2 groups, 10 subjects in the intervention group and 10 subjects in the control group. The subjects in the intervention group had 15 minutes of continuous effleurage abdominal massage. This consists of a soft and slow movement applied on the abdominal surface without moving the muscle underneath and using the palm with the same pressure, over the course of 3 days, along with standard intervention (fluid and fiber intake). The massage is applied by doing an upward massage in the ascending colon, massage with transverse direction in the trans colon and massage downward towards the descending colon and continued with circular direction clockwise. To create a supportive environment, the massage took place in a secluded room with the participant supine on a bed. Subjects in the control group were only given standard therapy.

When collecting data, the Defecation Assessment Form and Constipation Assessment Scale (CAS) were used. The Defecation Assessment Form contains questions of demographic data including subject’s age, gender, medical diagnosis, fiber and fluid intake in the past 24 hours and defecation frequency. Constipation Assessment Scale was published by MacMillan (2001) and contains eight questions designed to assess the presence of constipation and its severity including abdominal distension or bloating, changes in the amount of rectal gas, frequency in bowel movements, discharge of impurities, fullness or rectal pressure, rectal pain with bowel movements, small stool size and inability to exclude defecate.11 The Scale is easily readble, quick and easy to use, and provides a reliable indication of the presence and severity of constipation.12

The rating scale provides three points that have been summarized and constructed (0 = no problem, 1 = some problems, 2 = severe problems). The total score was calculated based on combining the score of patients for both groups and classified under the following score range: 0 = no constipation, 1-4 = mild constipation, 5-8 = moderate constipation, 9-12 = moderately severe constipation, and 13-16 = severe constipation. The scale was the calculation based on combining eight question from CAS for each patients. The Defecation Assessment Form and CAS form is used to assess the patient’s constipation score. Assessment was calculated in the first day. Afterwards, participants who were divided into the intervention group received the effleurage abdominal massage treatment for the next 3 days. Afterwards, constipation score was calculated again for both groups. There was a study of the validity and reliability of the CAS, which was found to have acceptable content validity (expert panel review agreement 0.75, Cohen’s kappa 0.714) and reliability with high correlations (r = 0.84–0.92).11 We did a test of CAS on patients who have similar characteristics as written in the inclusion criteria, and found it was valid and reliable.

When evaluating data, Statistical Package for the Social Sciences (SPSS) for Windows was used. Descriptive statistical methods (age, gender, medical diagnosis, fiber intake, fluid intake, and defecation frequencies) were used. To compare the CAS scores, Wilcoxon Signed Ranks Test and Mann-Whitney test as nonparametric test were used because the variable was an ordinal scale and the assumption of the parametric test was violated. The results were evaluated with a 95% confidence interval and alpha set at 0.05.

All subjects were informed both orally and in writing that they could discontinue participation at any time and informed consents were obtained. After the study period, all participants in both groups were offered lessons in abdominal massage so they could massage themselves. The study was approved by the Ethics Committee at the BIMC Hospital Kuta, Bali with ID number 001/RCTC-EC/R/BIMCKUTA/XI/2018.

Prolonged bed rest in inpatient care can cause constipation.13 Physical inactivity can lead to a decrease in peristalsis, which affects colon motility.14 This will prolong stool transit, which will subsequently make the stool dry and hard, making it difficult to be eliminated.15 This is in line with the CAS score recorded, where the intervention group gave a significantly lower CAS score than the control group. This showed the intervention of effleurage abdominal massage reduces the risk of constipation in subjects with impaired physical mobility.

The fact that most of the intervention group subjects defecated during the three-days intervention indicates that the application of effleurage abdominal massage along with fiber and fluid intake had more effect than standard intervention.16 One study explained that there is an effect of abdominal massage in preventing constipation, so nurses can use this therapy to treat patients with defecation problems.17 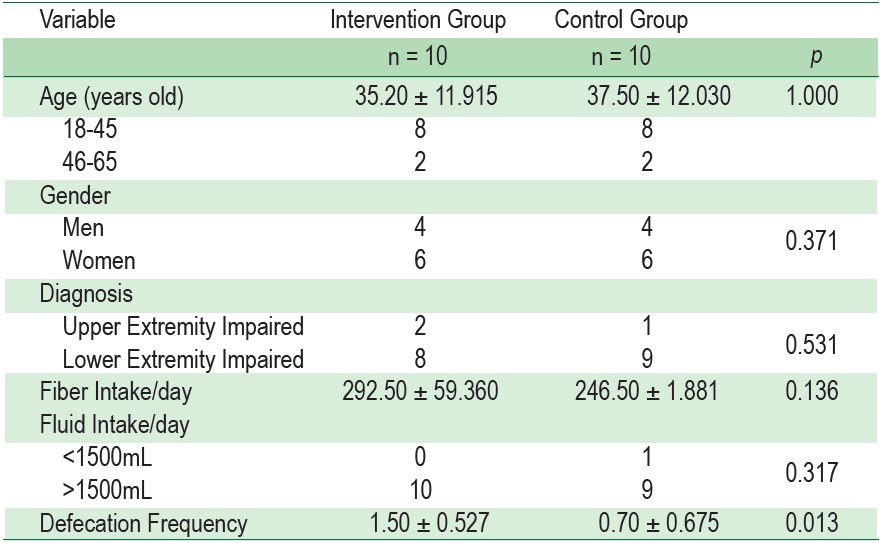 Table 2 : Analysis of Difference in CAS Score Before and After Intervention on Each Group

The control group received only a fiber and fluid diet without effleurage abdominal massages and showed little response to constipation treatment. This because the average fiber consumption of research respondents for both groups are less than the ideal value of fiber consumption recommended by the World Health Organization (WHO), around 400 g/day. Fluid in the body prevents dehydration, and it plays a role as well in body mechanisms to maintain moistness in the feces so that it is easier to be defecated.18 However, high volumes of fluid intake alone cannot cure constipation.18 There isevidence to support fluid status as one of the factors contributing to constipation.14

There are a few studies about the efficiency of abdominal massage in preventing constipation. One study showed that subjects who took laxatives along with effleurage abdominal massage for seven minutes had higher defecation frequencies and less uncomfortable abdominal distension than subjects who only took laxatives.19 Another study showed that abdominal massage performed in patients with cancer proved effective in preventing constipation.19 This was shown by a significantly smaller CAS score in the intervention group compared to the control groups. Abdominal massage helps relieve constipation as it increases and triggers peristalsis motility.9 This would stimulate the parasympathetic nervous system, reducing the pressure on the abdominal muscles in order to increase motility in the digestive system.3 Furthermore, this increases secretion in the intestinal system, leading to sphincter relaxation.20

A limitation of this study is the sample size, therefore it is recommended to conduct similar research with a larger homogeneous sample, and to find out how long effleurage abdominal massage can effectively prevent constipation.