Over the past three years, cardiovascular disease (CVD) hasbecome the leading cause of death among Thai military officers. Recent 10-yrcohort study in asymptomatic Air Force (AF) officers suggested that preventionof CVD was feasible by identifying high risk candidates (10-yr risk by themodified Coronary Risk Chart > 20%) for early treatment. At the same time, afailure in risk reduction could lead to catastrophic events. Most of the CVDcases, both acute coronary syndrome (ACS) and stroke, became persistent highrisk candidates for three consecutive years. This study intended to explore thecause of risk reduction failure and to reduce the risk by having family memberparticipation through the Family Partnership Intervention Program (FPIP).

Inclusion criteria were asymptomatic maleofficers, age ranged from 35-60 years, who had persistent high coronary risk score(> 20% over 10 years) for two consecutive years despite receiving medication,had no CVD and had family members available for the FPIP. Exclusion criteriawere officers of age < 35 and > 60 years, had serious illness (such as ACS, stroke,cancer, psychological disease) and had no family members available forparticipation. A personal interview to assess pre-existing risk factors and life stylerecommendations was conducted before and after the eight weeks period of FPIP.

Ten AF officers (average age of 55.2 ± 5.3 years) took partvoluntarily. Most of them (70%) had a sedentary job and took prescribedmedication. The common major coronary risk factors were hypercholesterolemia(80%), hypertension (60%), diabetes mellitus (40%), and impaired fasting glucose(40%). Insufficient knowledge was the major cause of persistent high CVD riskstatus. It led to several unhealthy habits including having an atherogenic diet (highanimal fat, low fiber and sweet) 100%, exercise less than twice a week 90%,cigarette smoking 30%, self-reported mental stress 30% and poor medicalcompliance 14.2%. After 8-weeks of FPIP, 60% of candidates were able to reducetheir high risk status to the intermediate group (predicted ris 10-20%) in fivecases and to low risk group (predicted risk 5-10%) in one case. Although, serumtriglyceride and HDL cholesterol were not significantly different, totalcholesterol reduced from 224 ± 26.1 to 191 ± 30.7 mg/dl, p = 0.005, and bloodglucose decreased from 118 ± 22.0 to 103 ± 15.4, p = 0.016.

Ineffective group education and insufficient preventive knowledgeled to unhealthy life style decisions and caused persisting high CVD risk status.Individual approach by setting common goals and having family memberparticipation could reduce the predicted CVD risk in 60% of cases. The majorlimitation of the study was the small number of cases and the short term study ofonly AF officers. These results may not be applied to general population and maynot guarantee the long term outcome beyond eight weeks. However, this studywas the first one to identify the cause of persistent high CVD risk status of AFofficers and offer a better way of effective risk reduction. 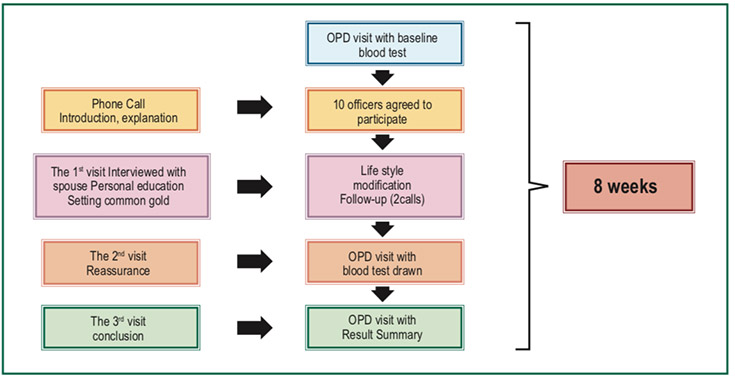 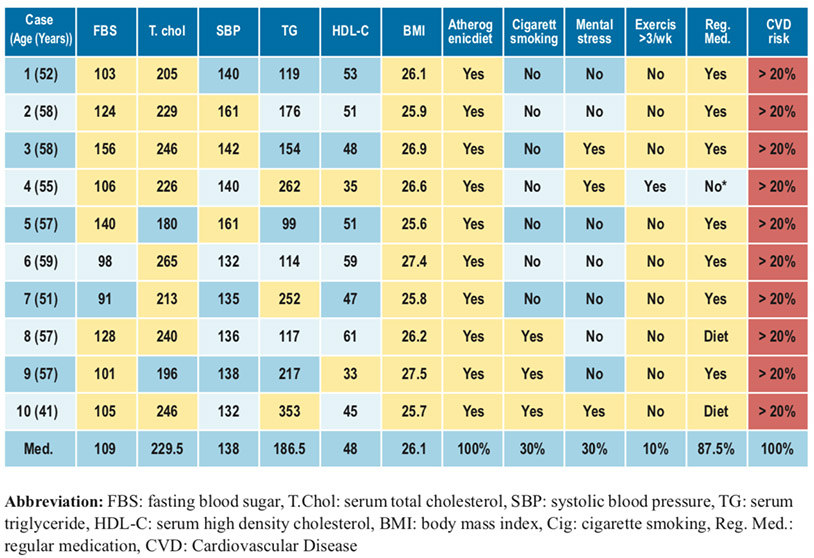 Table 2: The outcome parameters after 8 weeks of FFP are displayed below. 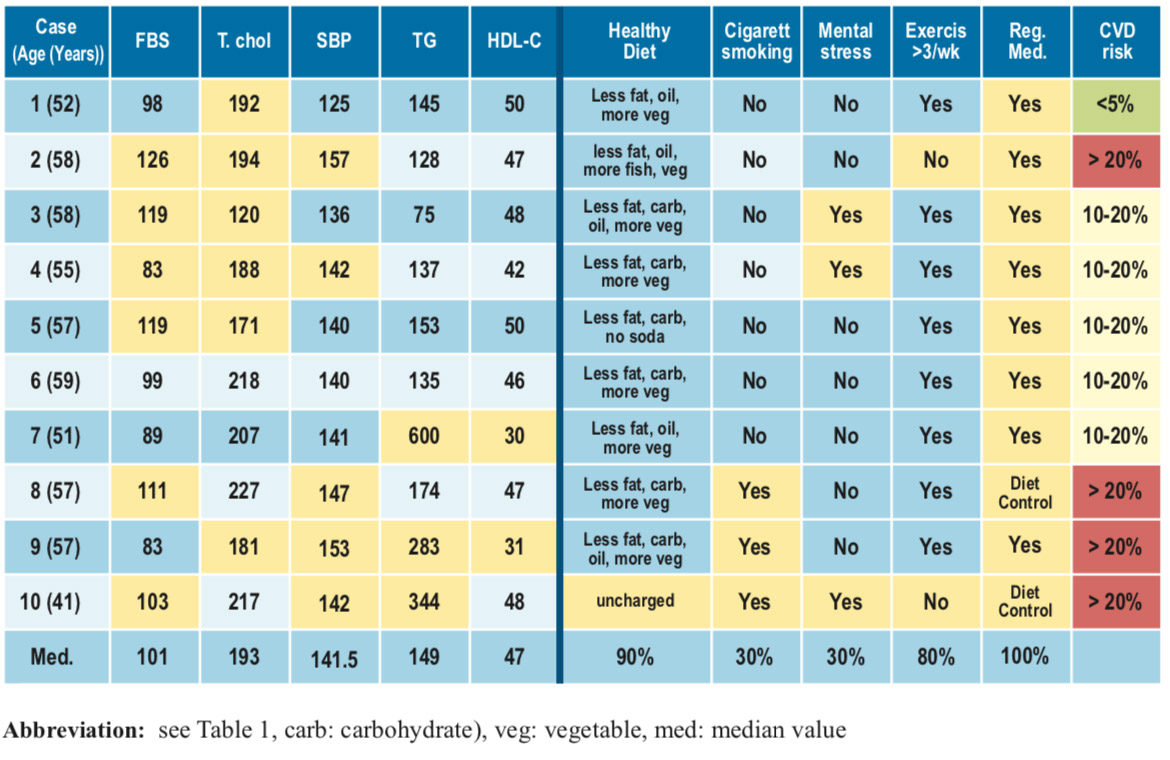 Table 3: The biochemical parameters at baseline and after 8-wk of FPIP were compared. T

Table 4: The major coronary risk profiles of our case study and the ACS patients in the Thai ACS Registry were compared. 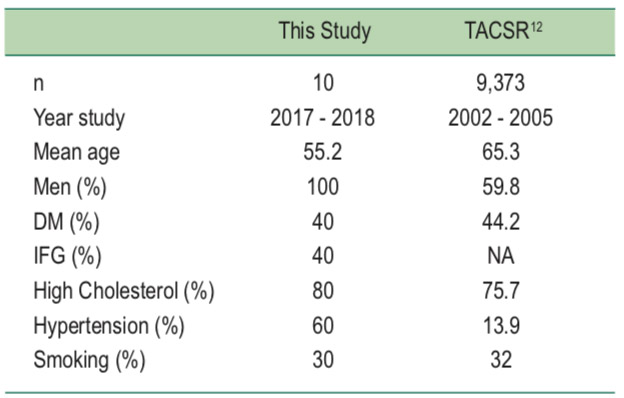