GIANT CELL TUMOR OF TENDON SHEATH IN SUPRACLAVICULAR REGION: CYTOLOGICAL ASPECT OF A COMMON TUMOR IN AN UNCOMMON LOCATION

Giant cell tumor of tendon sheath (GCTTS) is a common neoplasm, frequentlydeveloped around small digital joints of hand, and less commonly in wrist, ankle, footand knee. GCTTS of other locations are very rare. The cytological feature of GCTTS isunique, but it could mimic neoplasm, inflammation or other lesions when arising inunusual locations. We reported a case of a 26-year-old male who presented with asupraclavicular mass. Microscopic features of excised mass revealed well-demarcatedoval nodule, composed of polymorphous population of multinucleated giant cells andmononuclear cells with fibrous septa, consistent with the diagnosis of GCTTS. Localrecurrence is not occurring during five-year follow-up. The purposes of this report is topresent the rarity of this tumor in an exceedingly rare location and to help avoidmisdiagnosis with other mimics. 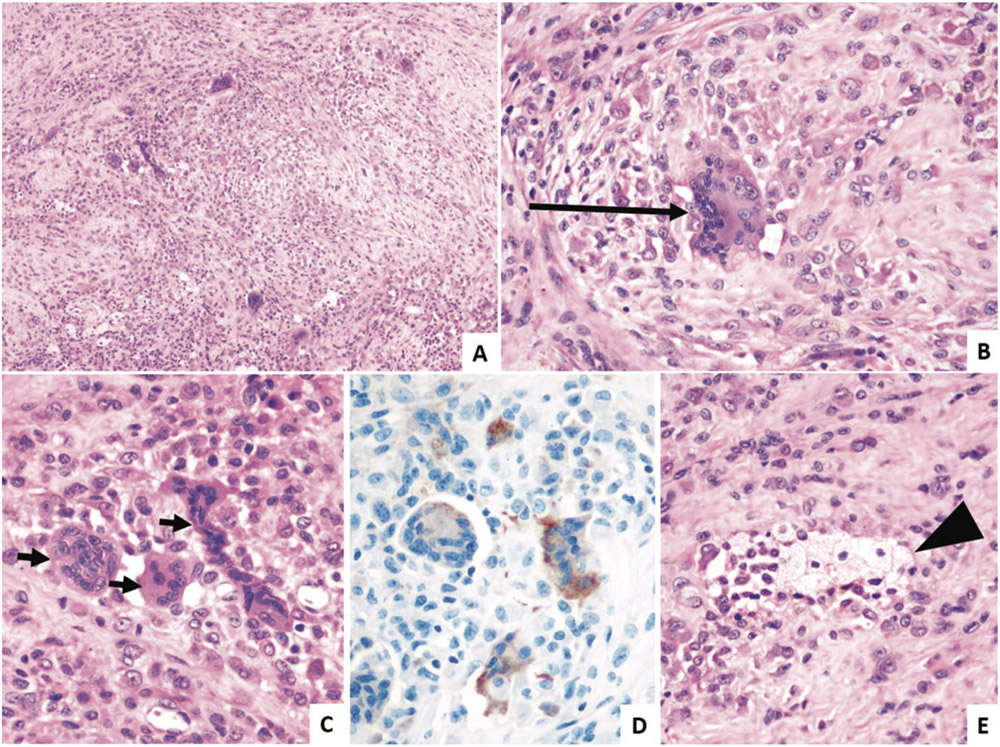